Fill out the form to get in touch

The Path to Blockchain Settlement 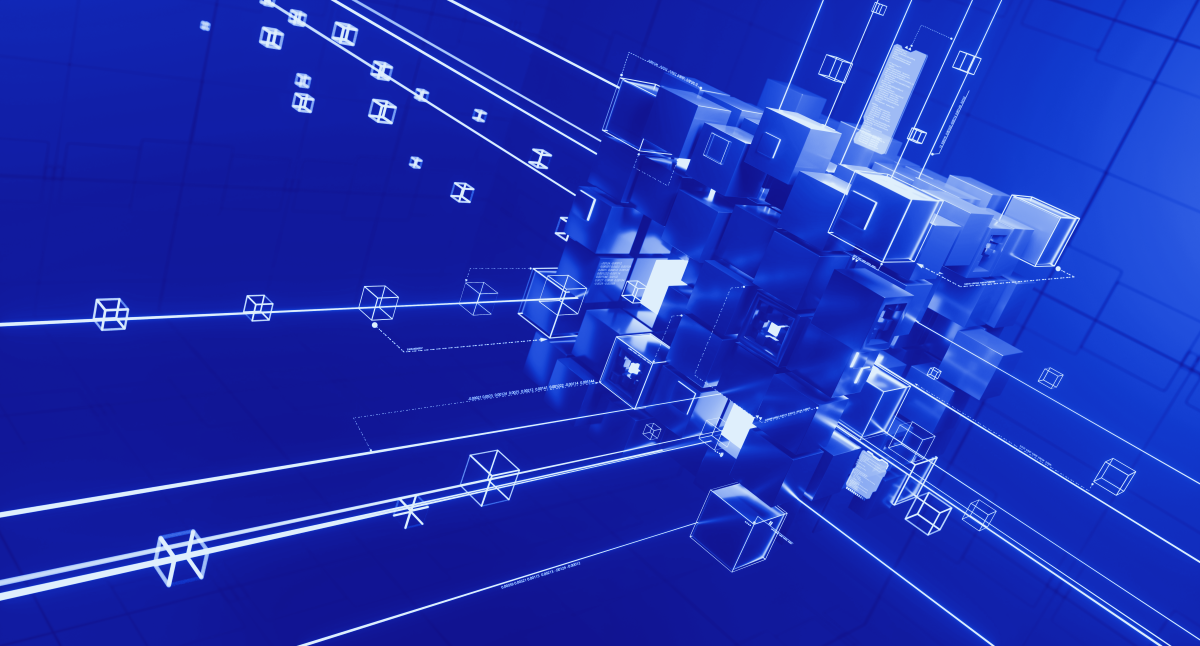 Settlement on blockchain does not yet exist, but not for lack of effort or interest. The reasons here are varied, but can be broken down most easily in two ways: by definition and through mechanics. By definition, settlement does not yet exist on blockchain because it is defined by the real-world processes and regulated participants involved in what constitutes a settled transfer of assets; without those regulations and counterparties, settlement can’t exist on blockchain. But we’re confident these pieces will come with time.

What we’re more concerned with and prepared to solve are the mechanics of why settlement on blockchain does not yet exist. In other words, the challenges inherent in blockchain that are roadblocks to making settlement a reality. These include:

The Polymesh blockchain addresses the roadblocks to settlement through its unique, protocol-level asset transfer process that removes both the delivery failure problem and the need to pre-fund. While this is only two of the three challenges listed above, Polymesh makes the integration of a CBDC or stablecoin seamless for when they are available. 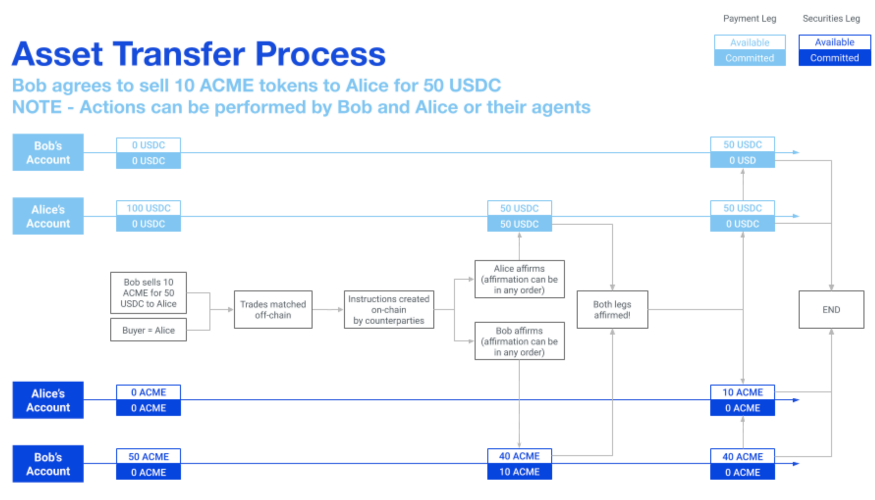 Above: An example of asset transfers on Polymesh.

The inner workings of asset transfer reconciliation can be complicated, which is why much of it happens under the hood. For users, this means a simplified approach to transfers that relies on efficient workflows and blockchain automation. For users, the process is simple:

This approach to transfers on Polymesh addresses a nagging challenge in the security token space. Longtime blockchain users are familiar with token airdrops (tokens appearing in user wallets unprompted). At first glance these unprompted drops might seem inconsequential, but it’s an ongoing regulatory concern for several reasons including AML and taxation. To put it simply, users (in particular banks and regulators) must be sure of exactly which assets they’re holding.

Polymesh addresses this problem by prompting users to accept any asset that is transferred to their wallet in order to complete a transfer . This simple and effective approach means no more surprise assets in wallets, removing a key uncertainty and roadblock for regulators and financial institutions in the way of security token adoption.

Polymesh is available for testing now through the Alcyone Testnet by:

→ If you haven’t joined a Polymesh testnet yet, learn more about how to get started here.

An Introduction to Polymesh Tokenomics

Tokenomics on Polymesh is the interwoven set of mechanics for how the network protocol token, POLYX, is utilized on the...

The start of 2021 brings us yet another month closer to the launch of Polymesh mainnet. As we creep closer to that release, we’ll...

The holiday season brings us one month closer to the launch of Polymesh mainnet, with December bringing some significant releases...