What RedSwan’s Tokenization Means for Real Estate on the Blockchain

Real estate is one of the largest alternative asset classes, with $3.1 trillion in assets under management. It also happens to be one of the spaces ripest for disruption by emerging blockchain and tokenization technologies, for a host of reasons including its high barriers to entry, fees and poor liquidity.

The idea is that security tokens (digital representations of securities, in this case securities backed by real estate properties) on the blockchain will greatly democratize the process of buying and selling interests in real estate. It does this by broadening access to property assets—once reserved for those with enough capital to own them outright, such as banks, large real estate funds and the mega-rich—through fractional (or even hyper-fractional) ownership.

The idea is that security tokens on the blockchain will greatly democratize the process of buying and selling interests in real estate.

As a result, an investor with just a few thousand dollars to spare has the opportunity to hold a security token representing, say, 0.001% of 123 Main Street, whereas traditionally the only option is to own the whole building. This brings more investors to the market and increases liquidity; in other words, owners can raise and access capital in their real estate assets far more efficiently.

Getting over the hurdles 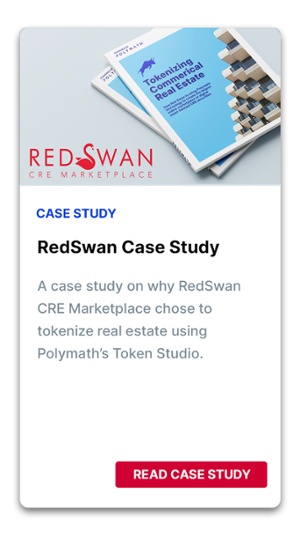 By now you might be imagining a distant future where a streamlined global real estate market flows with high liquidity, massively improved cost and time efficiency, and easy access for the average investor. In fact, the technology to make this a reality already exists. The major challenges now lie in creating the regulatory frameworks that support its adoption, and in getting asset managers and investors to appreciate the enormous benefits within their reach.

Real estate has for some time been touted as one of the biggest early opportunities for security tokens and blockchain to prove their worth, because there’s reason to believe using the technologies for meaningful disruption won’t mean turning the entire industry on its head. Much of what’s being proposed can be integrated into existing systems and processes. Once this happens and the expected value is realized, other industries will follow suit.

As is to be expected when there’s talk of revolutionizing a stubborn industry, skeptics and naysayers do exist. The crux of their argument is that if security tokens and blockchain were going to take off in real estate, it would have already happened. They point to high-profile cases of real estate sales via security token offerings that fell flat because of a lack of institutional appetite.

What they miss, however, is that those projects failed because they were led by companies trying to do things that required a far deeper understanding of the real estate market and its governance structures. Today we’re entering a new phase of real estate tokenization, where players in the space have more industry and regulatory expertise.

Today we’re entering a new phase of real estate tokenization, where players in the space have more industry and regulatory expertise.

RedSwan is using security tokens in an attempt to get capital in its properties circulating faster and more freely, as well as remove the costs associated with transactions and asset management in the traditional market. The intended result: more investor participation and a healthier bottom line.

Early adopters like RedSwan are proving it’s time to begin moving past the traditional property ownership model and embrace tokenization on the blockchain. Despite the earlier stutters, it’s becoming clearer every day that nothing can stop security tokens’ march into real estate.

→ Find out more about RedSwan’s $2.2 billion tokenization by reading our new case study

Q&A: Unlocking The Power Of Tokenization For Large Physical Assets

Tokenization has the potential to unlock trillions of dollars in liquidity, in part by...